This business was started as a part time job at home in Papakura in 1974.

The workshop was a bench in the garage and I had to push the car out to make room for work.

I was a professional photographer at the time working for my father - Des Howard - who owned Howards Photography. After being married in 1971, I made a slow transition from photography to picture framing over the next 5 years as photography hours were not compatible with family life.

Early on I sold frames to professional photographers at monthly meetings, then I began using shops in South Auckland as agencies.

The business steadily grew and I started to do framing for the public operating from home.

We moved from Papakura to Bombay in 1980 with the business operating from a garage for seven years. We then moved again to a nearby property in Mill Road in 1986 where we stayed for another seven Years, before moving to our present property in 1993 at Belgium Road, Pukekohe.

The business has been sold a few times over the years as I decided to retire. During that time I worked on a contract basis for business in South Auckland and Auckland as a picture framer. Retirement did not suit me.

Pukekohe Picture Framers when then sold back into the family by the previous owner in 2017 and is now owned by my daughter Anne Williams. 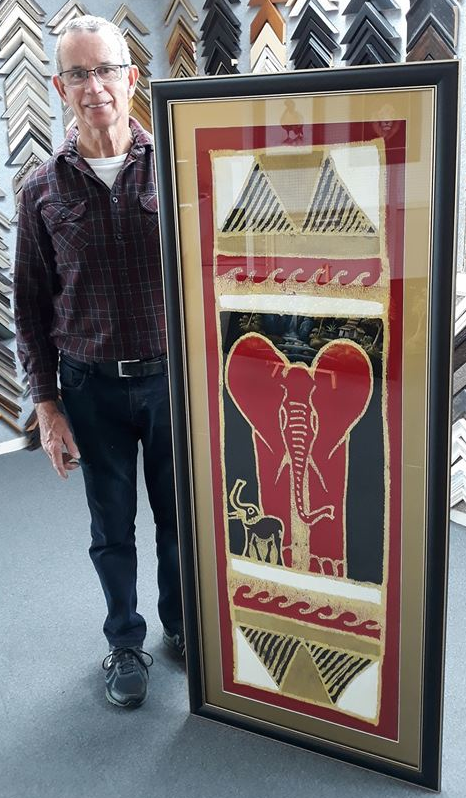 My name is Anne Williams, the owner of Pukekohe Picture Framers.

I purchased the business in 2017 - I had wanted to purchase the business earlier, but family life didn’t allow that, as my twin daughters were only a few months old when the opportunity last presented itself.

I am the daughter of Frank Howard. I have been around Picture framing for my entire life. Picture framing was always the topic at the dinner table as my brothers and I grew up. I was always intrigued and fascinated with seeing the work that Dad did when I was younger.

I now have four young children and I think I am very lucky that the children can be nearby, as I work in the studio (I live on the property). I am occasionally off site doing the school run but you will always be in the best hands with Frank if you visit while I am out.

Life before children saw me working in horticulture – breeding Beneficial Insects was my forté.

After a back injury and two surgeries I was not able to return to horticulture - I have now found my love in picture framing and I expect to be doing this for many years to come!

Both Frank and I welcome you to call in, we would love to help with your picture framing requirements. 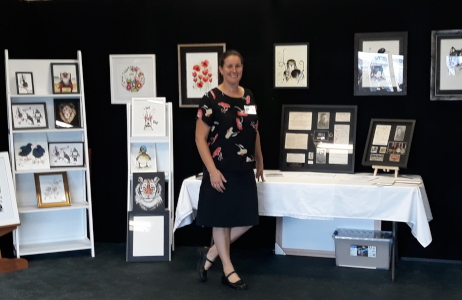